FOCUS – The first to arrive at the scene of disaster; the first people we can count on. You guessed it, we are talking about the EMS and the firefighters, but don’t forget the chain of people in the hospitals, ready to save lives too. Are these professionals prepared for the risk of multiple terrorist attacks in Isère? Here are the answers from these emergency specialists.

“I was in Paris on 7th January, 2015, for a meeting with the EMS at the fire station, 200 meters away from the premises of Charlie Hebdo.

Arriving first on the scene of the attack, I participated in the medicalization of the first victims, alongside Patrice Pelloux”, recalls Christophe Roux, colonel doctor, responsible for the health and medical relief services for the departmental fire and rescue service in Isère (Sdis 38). He realized, that day, that such acts could happen again and again.

Feedback on the experience in Paris expected in January

Prevention is better than cure! Isère firefighters and hospitals are therefore, preparing for the possibility of multiple terrorist attacks. To remedy any shortcomings, “feedback on the drama of the Paris attacks is expected in January, to address the specificities of dealing with numerous injuries, in near war-like conditions”, indicates Benjamin Garel, manager of quality and patient care in the teaching hospital of Grenoble.

Benjamin Garel, manager of quality and patient care in the teaching hospital of Grenoble. © CHU Grenoble

At least the Isère care and emergency services will not be caught off guard, according to Colonel Roux. “A high number of victims after a terrorist attack is one of the scenarios we have envisaged for several years, when preparing and training staff”, he says.

Focusing on the complementarity of the public services, he added: “we regularly work on this issue with the EMS.”

“We are able to mobilize a large number of firefighters in a very short time, mainly thanks to the Sdis – volunteer firefighters”, explains the chief doctor. In total, over 4000 in Isère, in addition to the professional firefighters.

Many times, together, they have demonstrated their mobilization capacity, on occasions of large-scale interventions, during floods for example.

In addition, under the auspices of the defence of the south-east, the Isère firefighters share ‘resources and a common doctrine’ with other departments of the Auvergne and Rhône-Alpes regions; the ability to mobilize external reinforcements in the case of a major crisis.

This has been in existence for several years already, and is still fully operational, according to the colonel. And for good reason: “We fairly regularly ask for assistance. For example, reinforcement from the southern region, in the case of large-scale forest fires.”

As for the hospitals, they have a crisis plan called the White Plan*: “The white plan permits us to call in a lot of people, very quickly, in order to treat seriously injured patients”, explains Benjamin Garel. The hospitals are open 24/7, the staff do not all work at the same time, which leaves an emergency reserve for the establishment.

Although the recall plan works well, “whenever the white plan is triggered, we are surprised by the reactivity of the staff, who often arrive without being called in. In Paris, colleagues reported that private doctors returned to the public hospitals to help”, stresses Benjamin Garel, and not without recognition.

Also, a specific organization is necessary, in times of crisis, to maintain the continuity of care and preserve the safety of the patients and staff, this includes the availability of beds.

“When there is an influx of wounded patients, we try to see patients who could go home; we accelerate some releases. We can also transfer some patients to other hospitals: existing inpatients and those who are easily transportable, or disaster victims whose conditions are stable”, explains Benjamin Garel. To clarify, the Grenoble CHU regularly cooperates with the CHU in Lyon, as well as hospitals in Chambéry and Annecy.

As for experience of such exceptional situations, the Grenoble CHU is not outdone: “Mini white plans are regularly activated. This was the case, for example, after the bus accident in Laffrey, in 2007, when we had to treat over twenty very serious injuries, very quickly. In 2013 too, after another bus accident in Alpe d’Huez.”

A large-scale exercise every year

In addition to the experience gained in real-life situations, crisis training takes place every year in Isère, the same as everywhere else in France.

With 87 high-threshold Seveso sites in the Rhone-Alpes region, many simulations involve NRBC risks (Nuclear, Radiological, Biological and Chemical). Like the firefighters, “the hospitals and ambulances are prepared for these risks, and the pharmacy stocks antidotes for certain possible attacks”, says Benjamin Garel. 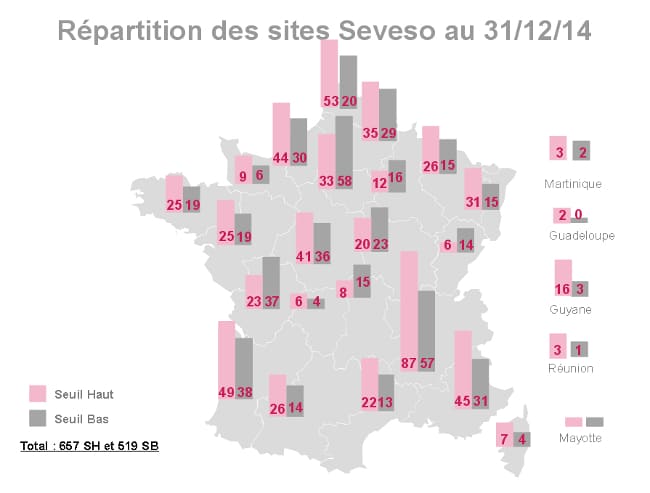 “This may involve testing a decontamination chain, linked to a chemical attack, or dealing with a multiple attack”, says Benjamin Garel.

In general, the exercises are planned on a national, zonal or regional scale, with large-scale exercises every year.

As some real-life interventions can have a strong psychological impact, and it is vital that the emergency services maintain all staff operational, so this aspect is now well integrated.

The hospital in Isère also has an emergency parapsychologist (CUMP38) both for victims, and for staff. “At the Sdis, we also have a parapsychologist, dedicated to individual or group support for firefighters, during or after certain interventions”, reveals Colonel Roux.

* The white plan changes to different colors, depending on the hospital services that need to be reinforced: “If patients need surgery, the ‘red hospital’ plan is triggered. The green plan is for medicine; it is launched, for example, in cases of mass poisoning. Finally, we have the ‘yellow hospital’ plan for pediatrics”, says Benjamin Garel.