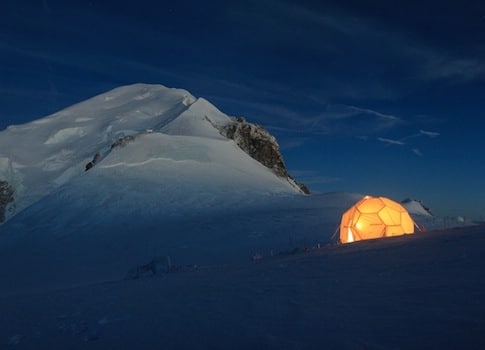 FOCUS – Are the glaciers threatened by climate change ? In order that these archives, which are true studies by climate science laboratories, do not disappear, researchers have a project to store samples in Antarctica. The first ice core bank is being planned, kicking-off in 2016, with the first drilling in the Mont Blanc massif.

A drilling tent has been set-up at the Dôme moun­tain pass, at an alti­tude of 4,250m, on the sum­mit of Mont Blanc. In 2016, ice cores will be col­lec­ted from there and trans­por­ted to Antarctica for sto­rage. © Bruno Jourdain, LGGE/OSUG/UJF

The first sample should be col­lec­ted at the begin­ning of 2016, from Mont-Blanc. The ice cores will then be trans­por­ted to Antarctica, from the French-Italian Concordia base, which gua­ran­tees a tem­pe­ra­ture of ‑53°C.

“It’s the best free­zer in the world”, says Jérôme Chappellaz, direc­tor of research at the labo­ra­tory of gla­cio­logy and envi­ron­men­tal geo­phy­sics in Grenoble (LGGE). “The ice cores will be safe, even in the event of glo­bal conflict. There is no need for elec­tri­city ; they will remain cold, even if the tem­pe­ra­ture rises by 10°C on the Antarctic pla­teau, by the end of the cen­tury. The ice cores will not be in dan­ger at ‑43°C.”

“We are the only com­mu­nity, wor­king on the cli­mates of the past, to see the archives disap­pear”, warns the French scien­tist. “It is time to do some­thing, imme­dia­tely, while the gla­ciers can still pro­vide exploi­table material.”

In 2009, French scien­tists, in asso­cia­tion with their col­leagues from South America, laun­ched an inter­na­tio­nal appeal, with no great res­ponse. Today, led by Grenoble’s labo­ra­tory of gla­cio­logy, as well as the French Paul-Emile Victor Polar Institute, the Institute of research and deve­lop­ment (IRD), the CNRS, and with the sup­port of the Grenoble’s Joseph Fourier University Foundation, they want to do other­wise, by loo­king for spon­sors, in order to mount the first ope­ra­tions. They are relying on UNESCO’s accre­di­ta­tion of this ini­tia­tive to encou­rage investors.

“We must help science to unders­tand the impact of cli­mate change on gla­ciers and water resources, in order to enable coun­tries to make the right deci­sions, be it in India, Central Asia or Europe.”

FOCUS - The toxoplasmosis parasite. Pregnant women know it well, because of the risks it brings to the foetus. Researchers from Grenoble too, as they Lire plus

FOCUS - Two months without a car to test alternative modes of transport, such is the challenge taken up by 100 people in Grenoble at Lire plus

Food Coop director Tom Boothe : « You can do something to take control »

INTERVIEW - While his documentary Food Coop is released on November 2 in theaters, director Tom Boothe, also co-founder of La Louve collaborative supermarket in Paris, Lire plus

Sunday will remain the preserve of the hunters in Isère

DECRYPTION - By establishing areas prohibited to hunters or closed to hunting on Sunday afternoon, the Haute-Savoie has she shown the way? Isère will not Lire plus

PrécédentPrécédentThe climate on our plates : an ecological culinary contest
SuivantAnti-pollution discs to arrive in the Grenoble metropolis in NovemberSuivant 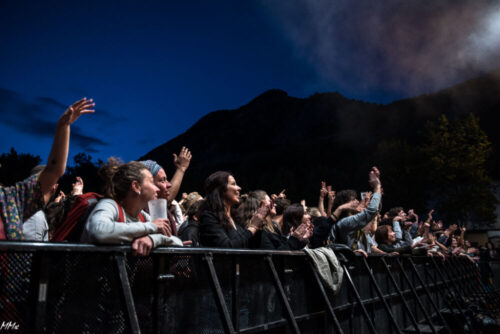 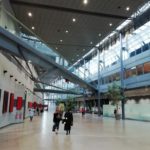