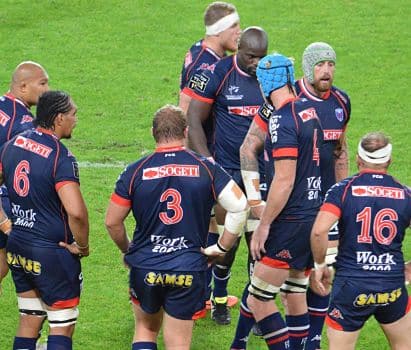 Why FCG has its back to the wall

Why FCG has its back to the wall

DECRYPTION – With cascading injuries, a leaky defence, too much indiscipline, a conquest yet to be stabilized and something lacking at the beginning of second halves, FC Grenoble rugby is struggling in the Top 14, in last place after seven days. During the match against Bayonne on Saturday 8th October (6:30pm), FCG has no alternative but to prevail, at the risk of further ruining its chances of staying in the French rugby elite.

Grenoble plays part of its future in the Top 14 against Bayonne on Saturday 8th October. The FCG, a red light on its ran­king with only six points, must win against the Aviron Bayonne team, also in the rele­ga­tion zone with just eight points. “We have abso­lu­tely no right to error”, confirms Bernard Jackman, mana­ger of Grenoble.“We must play a great game to release us from this pres­sure. It’s really a pivo­tal match. We’re aware of this and we’re really going to give it our best.”

Scrum-half David Mélé (left) and some of the Grenoble for­wards, during the match against Pau on 24th September, 2016. © Laurent Genin

Why is Grenoble, defea­ted six times in its first seven matches, under threat of rele­ga­tion at the end of sea­son ? Here are answers.

Absences due to injury of major players

Grenoble had around 19 inju­red players in its squad, before going to Castres on 18th September (46−9). Again, this week, fif­teen players are out due to inju­ries, for the cru­cial game against Bayonne, inclu­ding major players : Arnaud Héguy a hoo­ker, Hendrik Roodt in the second line, Rory Grice in third line centre posi­tion. They are des­pe­ra­tely mis­sed by the FCG team, as are the scrum-half, Charl McLeod, and the full­back, Gio Aplon.

Back from a ham­string injury, Mahamadou Diaby, again inju­red his left pec­to­ral, during trai­ning on 4th October. © Laurent Genin

Bad luck has befal­len the Isère club. Back for only two weeks after a ham­string injury, the third liner Mahamadou Diaby, at the gates of French team this sum­mer, was hit in the left pec­to­ral on Tuesday 4th October during trai­ning. “We’re not having much luck and we have a pretty elderly team ; the risk of injury is higher”, explains Bernard Jackman. “If you do nothing, you’ll never get hurt, but you’re going to suck too. We have tried to improve the phy­si­cal abi­lity of the group to be able to finish the sea­son strong. Currently, there are a lot of inju­red players, but they will be back. The majo­rity will play 18 games this sea­son. They will be fresh. It’ll help us later in the season.”

The Irish hope FCG will get over the Bayonne obs­tacle suc­cess­fully, then take advan­tage of the two European weeks to begin to reco­ver its forces.

Grenoble miss out on too many points. This is nothing new, but the solu­tions are slow to be found. In 26 cham­pion­ship matches last sea­son, FCG fini­shed 12th in defence, out of 14, conce­ding 779 points. During the first seven days of the 2016 – 2017 sea­son in the Top 14, its already conce­ded 228 points, ave­ra­ging more than 32 per mee­ting. A red light is fla­shing for Grenoble in this sta­tis­ti­cal category.

Before going to Toulouse (31−3) on 1st October, the Isère team under­took a lot of work in this area, which conti­nued this week. Even though some posi­tive signals were noted in the Pink City, with no points recor­ded for Toulouse in the last thirty minutes, they need to be stron­ger against Bayonne.

The left pillar of FCG, Alisona Taumalolo, tries to find the flaw in the Brive defence. He will be expel­led during this game. © Laurent Genin

Grenoble are regu­larly out­num­be­red. In seven games, FCG has already recei­ved eight yel­low cards and two red ones. In this clas­si­fi­ca­tion, it is second to last. If only it had shown the cou­rage and soli­da­rity, as when faced with Brive (36−23), pre­vai­ling des­pite the expul­sions of Alisona Taumalolo and Nigel Hunt, at other times. The dis­ci­pline of the Grenoble team must be clo­sely moni­to­red. Already in a hot water, FCG really don’t need to put spokes in the wheels at the moment.

Even though in the face of La Rochelle (19−22) and Pau (38−39), des­pite the defeats, and against Brive in the first per­iod, the Grenoble scrum per­for­med well, it found itself suf­fe­ring ter­ri­bly on the out­side, nota­bly in Lyon (32−13) and Castres (46−9). Even in touch, some­times, the team was wan­ton. The absence of Héguy, Roodt and Grice affec­ted the per­for­mance of the Grenoble conquest.

Even though the FCG scrum (right) mana­ged to stand up to its oppo­nents, Pau, the eight Isère front liners have not hand­led other mee­tings very well. © Laurent Genin

Too often, Grenoble is not ready when they return from the locker room. In its first match at the Alps sta­dium against La Rochelle, FCG was lea­ding, 13 – 12 at half­time, before a conver­sion (50th), led to 13 – 19. La Rochelle could not be bea­ten thereafter.

In Lyon and Castres, domi­na­ted, Grenoble conce­ded a try in the first minutes of the second per­iod, both times. But, the most stri­king example is still the match against Pau. FCG see­med to hold all the cards, with a 13-point lead, at half time, but conce­ded 10 points in 10 minutes at the begin­ning of the second half. It bowed at the end.

Finally, in Toulouse, lea­ding by 17 – 3 at half time, the Isère club also conce­ded 14 points in 12 minutes. Against Bayonne, it must not fall asleep in the dres­sing room, under threat of a huge disappointment. 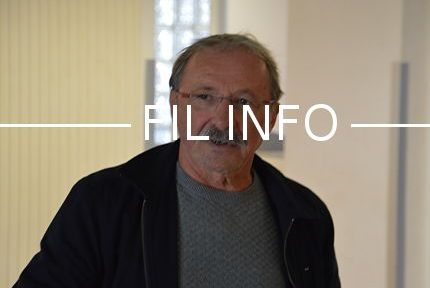 PrécédentPrécédentSunday will remain the preserve of the hunters in Isère
SuivantFood Coop director Tom Boothe : « You can do something to take control »Suivant 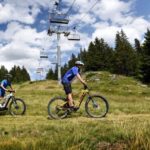