DECRYPTION – Hiking, walking, picnicking in the woods… The weather is still good and you want to enjoy it. But watch out! There could be something dangerous, with serious consequences, lurking nearby : ticks. Their painless sting is responsible for the transmission of Lyme disease. Little known, this pathology can be debilitating if it’s not carefully treated.

“Officially, it is a rare disease for which public awareness hasn’t been raised yet. Not many people are interested in it ”, laments Cécile Musy, The Isère Unit Director of the France Lyme association.

After the release of Chantal Perrin’s book, The case of Lyme disease, people were better informed about the disease.

“My daughter’s case is like many other cases in France, where doctors are still unaware of the disease”, said Anne-Lise, a member of the France Lyme association, and the mother of a teenager affected by the disease. Lyme disease is passed on by the sting of a tick infected with the Borrelia bacteria

Over 30% of these parasites carry this bacterium. “The tick feeds on blood for days injecting an anaesthetic, as well as the bacteria responsible for the contamination. If not detected in time it could have a major effect on health.”, explains Cécile Musy.

Borrelia is the most well-known bacteria, but not the only one. The acarid can contain other pathogenic agents: lethal viruses, encephalitis and other parasites, among which, some are still unknown, like some co-infections which are not studied, like Lyme disease. Contamination is often characterized by a flu-like state during the first ten days, and in 50% of cases, by red patches located around the sting, between three days and six weeks after it occurs.

If not quickly taken care of, the disease propagates around the body and can affect the lymphatic system, muscles, nerve tissue and the brain. The symptoms can then become serious and painful : arthritis, muscular and articular pain, general fatigue, even neurological and psychiatric problems, in the most advanced cases. “It’s a long term invisible disease. It’s an infection, with no fever, which takes time to reveal itself and can become chronic”, warns the Isère Unit Director of the association.

No official study on the number of cases in Isère

Even though 30,000 people affected by the disease are recorded every year, the associations fighting against the disease estimate the number of cases to be 600,000 in France. “The diagnoses are often badly established and the blood tests raise questions, said the Isère Unit Director of the France Lyme association. Furthermore, the former sick, whom we consider cured, are not recorded.”

Red patches appearing after the sting of an infected tick. DR

Every year, the number of detected cases increases… For Cécile Musy, the explanation lies, above all, in the growth of communication between the associations and increasing awareness on the part of doctors, that push those involved to act, including those who unknowingly carry the disease.

“There are many officially recognized cases of patients with Lyme disease in Isère. But, there has been no research giving a true number, though some studies show that implementation in the Rhône-Alpes is not negligible.” And in several cities, like Bonneville in Haute-Savoie, a high number of people are affected: out of 100,000 inhabitants, 500 are carriers of the Borrelia bacteria. (Cire Rhône-Alpes 2006-2007)

“ Many doctors do not know the disease ”

Underestimated, the disease remains difficult to diagnose, not to mention that research on the subject is still very inadequate. “It remains a rare, uninteresting disease ”, said Cécile Musy. Anne-Lise completed by saying : “It was very hard to hear her daughter say : “It would be easier and less painful to cut off my legs.” She was seen by more than twenty doctors and specialists, was diagnosed with every possible mental or physical disease, and was finally diagnosed, eight years later, in Germany.”

Gathering of the Isère section of the France Lyme association, on rue Félix Poulat, in Grenoble, on 28th May, 2016, on the national day against Lyme disease. © DR

In spite of the increase of the number of detected cases and the incurred real risks, the official scientific recommendations deny the gravity of the situation, according to the associations. The sick resent the absence of epidemiological study in the department of Isère, but not only that. “Without support and with limited resources, it is very hard to carry-out”, confides Anne-Lise.

As regards the treatment, all the doctors agree on one thing: the earlier the disease is taken care of, the more effective the treatment. But, two camps argue concerning the duration of the treatment. A benign illness requiring a quick treatment? Or an infection requiring months of antibiotics? This constant debate annoys the patients. “Many doctors do not know the disease, or think that the patient is cured in three weeks”, explains Cécile Musy.

The sick and the associations denounce the lack of research into Lyme disease and the lack of competence within the medical profession in this domain. At present, the doctors have to follow a strict protocol and prescribe restricted doses of antibiotics. “Some doctors are pursued and forbidden to perform their function if prescribing antibiotics for too long”, regrets Cécile Musy.

Among the rare practitioners to know this disease, Dr Philippe Bottero, who practices at Nyons in the Drôme, was himself forbidden to perform his functions during six months, among which, two with reprieve, because of a long-term prescription for antibiotics. “In the long run, Lyme disease can lead to Alzheimer’s disease or psychological troubles such as bipolar disorder and schizophrenia, he explains. Although the initial source is infectious and requires treatment with an antibiotic, this need is not recognized.”

Thus, few practitioners venture to prescribe antibiotics beyond the statutory deadline of 21 days, at the risk of financial and penal penalties. The associations* – The first dating back to 2008 – have not succeeded in being heard by the health agencies or the ministers concerned.

“It’s as if we have HIV, explains Anne-Lise. Our immune system reacts the same way, and everyday life is the same, in regards to incomprehension and denial. It is also binding and painful, but you do not die from it.” Information and raising awareness are thus, at present, their only weapons to fight Lyme disease.

Research led in Germany into Lyme disease showed that it could be sexually transmitted, and quasi-inevitably from mother to unborn child, in the case of pregnancy. Yet it is a headache to detect the disease … The screening test for Lyme has a reliability rate of only 30 %. Other tests exist, they are only prescribed in dribs and drabs, according to very specific criteria, and sometimes inconclusive.

In France, some researchers, like Luc Montagnier, still dedicate themselves to these questions. Having been known as the precursory researcher of HIV, this doctor has made Lyme disease his new hobbyhorse.

THE GOOD GESTURES TO ADOPT

Ticks are mainly situated in forests and in grass. To limit the risks during outings, make sure to cover yourself entirely, with trousers covering shoes, a long-sleeved top, as well as a hat with visor, and use a repellent.

On the way back, check that there are no ticks on your skin. These insects find accommodation mainly in the folds of the knee, the groin, under armpits or on the scalp, but also in the navel. To get rid of them, it is best to use a tic remover, so as not to leave the rostrum of the insect, and to disinfect the wound.

In case of flu-like symptoms or erythema around the sting in the days or weeks which follow, contact your doctor immediately.

* Created a few months ago, the French Federation of tick-borne diseases brings together several associations, patients and experts, including Christian Perronne, in particular to optimize fund-raising.

N.B. : The article was modified Sunday 29th May, 2016, at 9 am, regarding the absence of formal studies counting the number of people with Lyme disease in Isère. 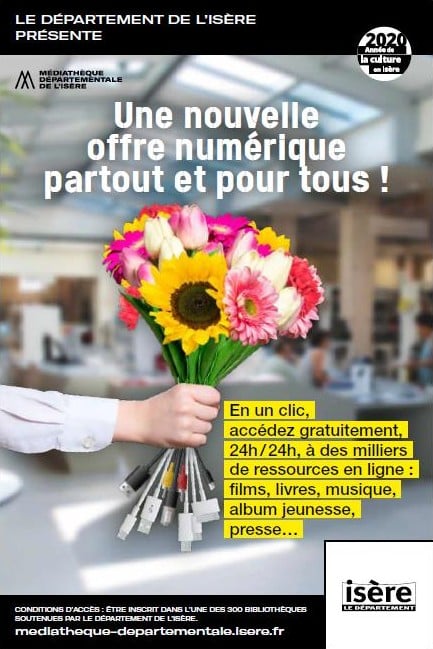